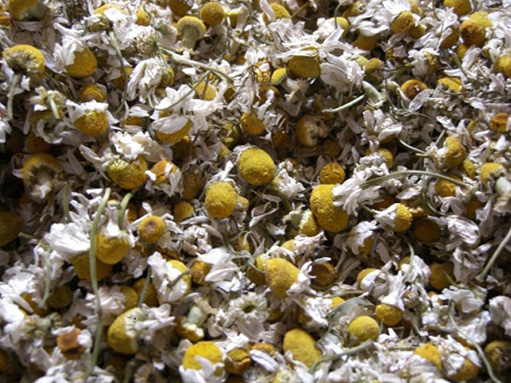 Dried chamomile flower is an age-old medicinal drug known in ancient Egypt, Greece and Rome. Chamomile's popularity grew throughout the Middle Ages, when people turned to it as a remedy for numerous medical complaints including asthma, colic, fevers, inflammations, nausea, nervous complaints, children's ailments, skin diseases and cancer. As a popular remedy, it may be thought of as the European counterpart of ginseng.

Recent and on-going research has identified chamomile's specific anti-inflammatory, anti-bacterial, anti-allergenic and sedative properties, validating its long-held reputation. This attention appears to have increased the popularity of the herb and nowadays Chamomile is included as a drug in the pharmacopoeia of 26 countries.

Chamomile has been used for centuries in teas as a mild, relaxing sleep aid, treatment for fevers, colds, stomach ailments, and as an anti-inflammatory, to name only a few therapeutic uses. Extensive scientific research over the past 20 years has confirmed many of the traditional uses for the plant and established pharmacological mechanisms for the plant's therapeutic activity, including antipeptic, antispasmodic, antipyretic, antibacterial, antifungal, and antiallergenic activity.

Season: Available from February till July

Packing: In Carton, in polypropylene bag, weight depend upon form type.